The kindness/charity component is hugely important to me, but more than that, I want GISHWHES participants to take a week-long vacation from normalcy and see that life doesn’t have to be a certain way. – Misha Collins

Misha Collins is the evil genius behind GISHWHES; an annual week-long international scavenger hunt.  Misha was kind enough to answer my questions about this event.

Misha: It’s a very large (maybe the largest), unwieldy scavenger hunt that I cooked up a few years ago. We had a similar scavenger hunt when I was at the University of Chicago, and I guess I thought it would be a good idea to take the concept international. There’s a giant list of tasks, ranging from “cheese dress” to “voice activated toilet flusher.” You participate as part of a team of 15 people from all over the world (either your friends or people we put you with), and together, you photograph or film yourselves completing the tasks. You can play to win or play to have fun, but what’s important is that you play. The winners go on a trip with me to a destination of my choosing – this year it’s Iceland.

END_OF_DOCUMENT_TOKEN_TO_BE_REPLACED

I had no idea that the fandom existed before being on the show, only that once I booked it my agent told me how passionate the SPNFamily is. I love it! I love how welcoming and nurturing the fandom is, they feel like extended family to me! – Katherine Ramdeen

Katherine Ramdeen is from Edmonton, Alberta and now lives in Vancouver, BC. Katherine discovered her passion for acting after seeing “Frankenstein” at a small theatre in Edmonton. She went on to attend Studio 58 Theatre Conservatory, located in Vancouver, British Columbia.

Katherine has appeared twice in the TV show Supernatural, as troubled teen Alex who was kidnapped and raised by Vampires as a human lure.

Katherine agreed to answer the following fan questions, put to her by SpnUK.

END_OF_DOCUMENT_TOKEN_TO_BE_REPLACED

I show up, I’m honest, I’m present, and people respond how they respond. But it’s never just a little bit. I identify so much with that level of passion because that’s kind of how I am in life. I’m told I’m too much or too loud or too whatever. The fandom is a place I feel at home and among kin, no matter WHAT they think of me. 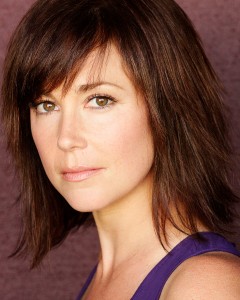 Kim Rhodes grew up in Portland, Oregon, where she earned her B.F.A in Acting and Masters in Fine Arts. Kim went on to act in many plays and TV shows, her longest running appearance was as Carey Martin in The Suite Life of Zack and Cody. Kim has had many recurring appearances as Sheriff Jody Mills in Supernatural since Season 5 Episode 15 – Dead Men Don’t Wear Plaid, making her one of the few surviving female characters on the TV show.

Kim was awesome enough to answer some fan questions put to her by SpnUK, answers below:

END_OF_DOCUMENT_TOKEN_TO_BE_REPLACED

Wayward Daughters to me means women supporting other women. Bringing each other up when one has fallen. – Briana Buckmaster 01/2016

Briana Buckmaster, originally from Moose Jaw Saskatchewan, is an actor, singer and voice over performer. She received her diploma in Theatre Arts from Grant MacEwan University before travelling across North America performing on stages. Briana now lives in Vancouver Canada with her husband and daughter. She plays the quirky recurring character Sheriff Donna Hanscum on Supernatural.

Briana agreed to answer some fan questions submitted to her via SpnUK. Continue reading to find out what the Wayward Daughter campaign means to Briana, how she felt to get the role of Sherriff Donna Hanscum and her views on body image.

END_OF_DOCUMENT_TOKEN_TO_BE_REPLACED

Along with the candle lights that were passed out to the crowd at the Supernatural SDCC Panel came a note which read:

Everyone is given a candle that burns just for them. When your flame flickers and you fear it will go out, know not even the strongest wind lasts forever; and there are other lights to guide you even in the Darkness…And when your candle burns bright, you can ignite the hearts of others and hope will spread like wildfire…Always Keep Fighting, and you’ll never fight alone.

The Candles and the note were the ingenious idea of a very special young lady called Anne. Anne was kind enough to answer a few of my questions about the SDCC #AKF Candles, what happened after, a puppet called Puppalecki and being on a GISHWHES team with Mr William Shatner.

END_OF_DOCUMENT_TOKEN_TO_BE_REPLACED 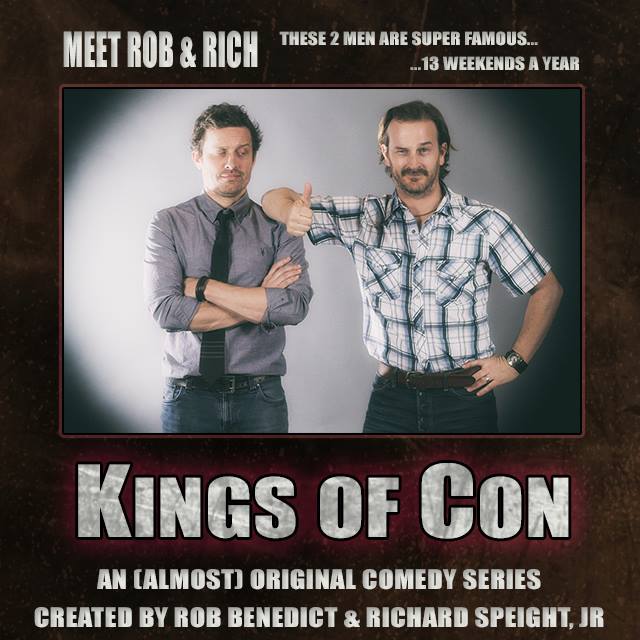 If you have been living under a rock for the past few months you may not be aware that Rob Benedict and Richard Speight Jr, aka the Prophet Chuck and Angel Gabriel from the Hit US TV show Supernatural, are in the process of creating an (almost) original comedy series.

Titled Kings of Con, the series is funded mainly by the generosity of the overwhelmingly supportive Supernatural fandom! Having raised almost $280,000 already, this is enough for the duo to begin working their magic on the first (of hopefully many) seasons.

Rich and Rob like to call this crowdfunding process Crowd-Fun-Ding!

Rob and Richard kindly agreed to answer questions put to them by both myself and some wonderful fans that have supported their project.  Check out their answers below!

END_OF_DOCUMENT_TOKEN_TO_BE_REPLACED

As many people (cast, crew and fans) say in the film, the conventions are an extension of the show.  They are a manifestation of the fanbase and therefore a visible measurement of the popularity beyond TV ratings. – Mitch Kosterman

END_OF_DOCUMENT_TOKEN_TO_BE_REPLACED

The following Interview was carried out by Lucy (@SpnUK) for the Supernatural Wiki on 17th January 2014.

DJ Qualls, who plays the Hunter Garth on Supernatural has been kind enough to answer some fan questions for the Super Wiki. Below he talks about how he came to play Garth Fitzgerald IV, what it is like working on the Supernaturalset and about his other project ‘Legit’.

END_OF_DOCUMENT_TOKEN_TO_BE_REPLACED

Rob Benedict played the prophet Chuck Shurley on Supernatural during Season 4 and 5.

During the last Salute to Supernatural convention in Burbank (Burcon) Rob Benedict announced that he had suffered a stroke during the previous Toronto Convention. He told the Burcon fans that he was going to be OK and that Richard had stayed with him in the hospital. He insisted that it was important to tell the fans as they have been a source of good in his life.

END_OF_DOCUMENT_TOKEN_TO_BE_REPLACED

The following Interview was carried out by Lucy(@SpnUK) for the Supernatural Wiki on the 8th October 2013.