“If I get in a dark place, I write and that allows me to focus my mind.” – Anna Edwards

To coincide with the release of Anna Edward’s much anticipated second book in The Divided Control series, I spoke to Anna about how she got into writing, how it has changed her life and the positive impact in had on her mental health.

Was it always your dream to become an author?

Anna: No, far from it! I always dreamt of being an Accountant. I was always mathematical as a child, and it just seemed a natural progression. I qualified in 2005 as an Associate Chartered Accountant and have spent most of the twelve years since then working in practice and independently.

How did you get into writing then?

Anna: I started writing about three years ago. It was after becoming a big fan of the TV show, The Musketeers. I met some friends via the online fandom and initially we started writing fan fiction. This developed into a role-play group for which I was the developer of most of the storylines. Eventually, I started dreaming up ideas for modern day stories based on my love of reading erotic romances. It was around this time that I met, online, an American called Charity Hendry. She works as a PA for the author Carrie Ann Ryan. She beta read some of my stories and gave me the confidence to look into publishing them. We have since become great friends, and she does all my artwork for me. 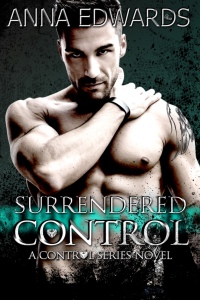 How else did being part of Fandom/roleplay change your life?

Anna: I’m a very shy person, and I lack a lot of confidence. After having my children in 2009 and 2011, I left my accountancy practice and set up working from home. This meant that a lot of the time I was spending time alone or just with my children. I tried to attend mother and baby groups, but I just found it too hard to socialize. My husband and I then travelled to India with the children for eighteen months and again I spent a lot of time alone, bar one good friend I made out there. When I returned home, the children went to school, and I found I had so much time on my hands. This was at the time that the Musketeers started on TV. My sister is involved with the Supernatural fandom, and I saw the fun that she had with it and the good friends that she had made, so I went on Twitter and started following people. I initially got speaking to a lovely person called Angela (one of my really good friends now), she welcomed me into the fandom and introduced me to others. Gradually our little group grew, and I got involved in some fundraising events, then the roleplay. I meet up with a group of girls every six months, and we spend the weekend together having a good laugh. Being part of a fandom/roleplay changed my life in giving me people that I can speak with and laugh with every day. I know that they are there if I need them to vent stress. Even though I can’t physically go for a coffee with them when I want to, I know that they have my back if it is needed. We are a multicultural and different nationality group. We learn so much about each other, and it makes us tolerant of other ways of life.

How did writing help you to deal with it your depression?

Anna: My depression was diagnosed in October 2015, but I think it is something that had been with me for quite a while. The catalyst for the symptoms was related to a bad experience with a friend on Twitter that turned against me. It shattered my confidence and gave me incredible anxiety. This was mixed with the fact that my son was diagnosed with autism and was struggling in his first year at school; his teacher did not fully understand his needs. All in all, everything just got on top of me. I sat at home worrying about the slightest thing. I couldn’t’ take the children out myself; I just panicked and felt like I was going to pass out. The writing was a godsend at this time because it gave me something to feed my mind into. Whether it be many of the dark poems that I wrote on my @harmoniccascade poetry account at the time or the novel that I started writing. It gave me a breath of fresh air from the thoughts that were in my head. Also showing people my writing and having positive feedback began to improve my confidence. Combining that with Cognitive Behavioral Therapy that I attended, I just felt I was able to cope more. I wouldn’t say that I’m cured. I was asked recently if I wanted to reduce my antidepressants and the thoughts had me breaking out in sweat, but I can manage it now. If I get in a dark place, I write and that allows me to focus my mind.

What advice would you have for others suffering from depression?

Anna: Talk to someone, don’t suffer in silence. There are people out there that will help. Mental Heath is not the taboo it once was. I made my doctors appointment without even telling my husband I was doing it. I just took the leap one day. I went to the doctors, and I was shaking. The first thing the doctor did was hold my hand (after giving me a tissue to wipe my eyes) and told me that her door was always open. I had done the right thing and told someone.

Where do you get your inspiration for your writing from?

Anna: I read a lot and have a vivid imagination. I have always had stories in my head since I was a little girl. It is now that I can get them onto the paper. Reading is vital for an author; you must understand the genre that you’re writing in back to front. I have several favourite authors in Ann Mayburn, Cherise Sinclair, Lexi Blake, Olivia Cunning, Kit Roche and Christina Lauren. I think I have read nearly every one of their books now. In social media, it is needed to interact with other authors. If you want to get your work out there, you need to comment on theirs. There is a big author network on Facebook and the number of blogs is just crazy. I thought being part of the Musketeers fandom was insane with notifications. I think in the first day alone on my Anna Edwards Facebook account I was in the 1,000’s!

How supportive have your friends and family been?

Anna: My friends and family have been incredibly supportive of my writing. My online friends have become my beta readers and check everything out before it goes to the editor. My mum and sister have been fantastic. My mum has even read the books, even though she says she has skimmed over the erotic bits. One of my close friends has become a proofreader, and I would be lost without his help. My husband has been incredibly supportive. He was initially a little skeptical because of the contents of the books, but he regularly tells me that he is so proud of me. The only slight problem that we have found is that he keeps getting teased by people asking if the stories are based on our private life and giving him a knowing wink!

What is next for you and your writing career? 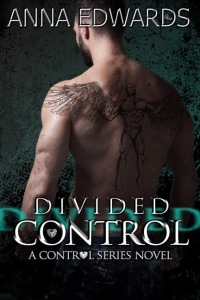 Anna: My first novel, Surrendered Control was released on Amazon in November. It is selling but more importantly the reviews are coming through, and they are four or five stars with excellent comments on the content of the novel. The second book, Divided Control, has been released today! We have developed a blog tour for it, and I was overwhelmed with the response to that. So I’m hoping we can improve the sale rates. I’m also currently writing books three and four which should be published in March and April 2017. After that, I have a notebook full of ideas for other novels and have promised my daughter I’ll write a child’s book with her. In March I’m travelling to Florida to attend a writer’s convention, and I’m hoping to talk my husband into looking after the children whilst I attend a writers cruise in January 2018. We are taking a break from our roleplaying group at the moment; real life has gotten in the way. I would love to return to this one day though. The thrill of writing a live story is nerve wracking but very satisfying. However, I continue to write poetry on a regular basis and am part of a prompt account on Twitter #PoemTrail.

What would you say to other inspiring authors hoping to publish their work?

Anna: I always thought that you needed to find a publisher and do it that way, but you don’t. I’m an Indie author, and as long as you’re willing to put in the time and the effort then you can achieve. It won’t happen overnight but you can make good sales and find a world of fantastic people out there.